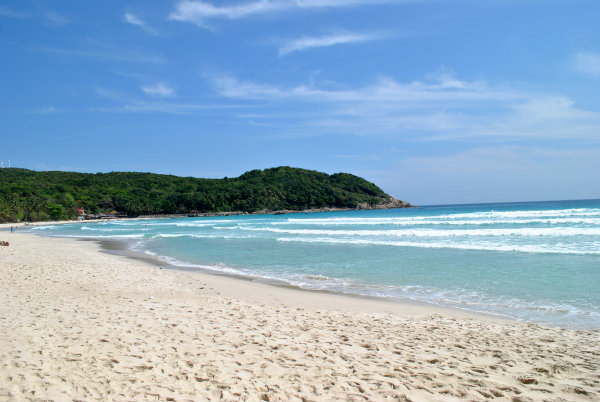 Back in 2012, I finished my last semester of university in Malaysia. I was attending the University of Lethbridge in Alberta, Canada and really wanted to take advantage of their abroad programs. There were only two options due to the courses I had left. Poland or Malaysia. Both sounded amazing but considering it was winter in Europe, I opted for Malaysia. What a great choice.

Though Malaysia is certainly a tropical paradise, our apartment on Penang Island wasn’t really close to any spectacular beaches. After hearing about the Perhentian Islands though, we opted for the 12-hour bus ride and headed there during a week-long break.

Let’s just say this. You know when you lie down and imagine a perfect beach where the water is warm and crystal clear? We’ll, this is it. The Perhentian Islands are stunning. They are the epitome of beach beauty. White sand. Turquoise-coloured water so clear that the suns rays reflect off the bottom even at 5 feet of depth.Maybe more. Tropical fish swim around the lone dock. There waves aren’t surf crazy – just enough to add some fun. Surrounding the beach is jungle. There are no big hotels on the beach – only simple guesthouses. Sure, some of them are disgusting but the beach more than makes up for it. 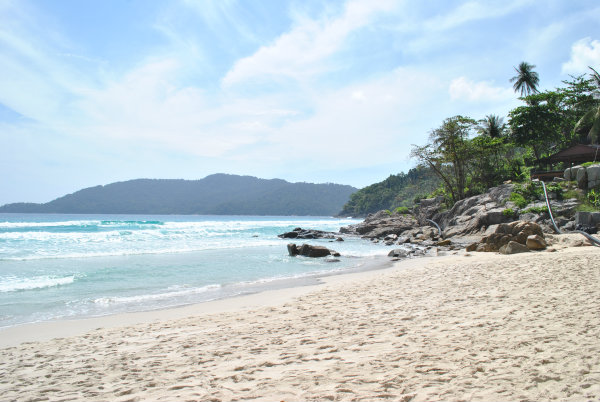 This is one of those places you come to relax. Everything is so beautiful that you slip into an altered state. Throw down a towel, lay down and listen to the sounds of nature.

But that’s not all. The islands also have some amazing scuba diving, including pinnacles and ship wrecks. The snorkelling is great too with sights of turtles and black-tip reef sharks. The beach has some cool bars that open out onto the beach. Nothing big but with some reggae music and some fire-performers, it’s a nice mix for the locale.

After traveling Southeast Asia for a full year, the Perhentian Islands are in the top three for most beautiful beaches I have ever seen.

Have you been? What’s the most beautiful beach you’ve seen?