Back in 2011, my wife and I decided to take a 4o-day road trip in a Ford Mustang though some of Canada’s and America’s most spectacular scenery. We drove through Banff National Park all the way to the picturesque city of Vancouver, British Columbia. We then went down through Washington, Oregon, California and back up through Nevada, Arizona, Utah, Wyoming and Montana.

All of it was absolutely stunning and worthy of multiple articles but let’s talk about Utah. This state stood out to us the most. It was so dramatically different than everywhere else we had been. For starters, everything was red like the Grand Canyon. Actually, the Grand Canyon borders Utah and everything north of it is equally unbelievable. With the sounds of the Beatles (we had just bought the CD in Las Vegas) coming through the car speakers, we drove from national park to national park, baking under the hot summer sun while marvelling at some of the most spectacular scenery on Earth. 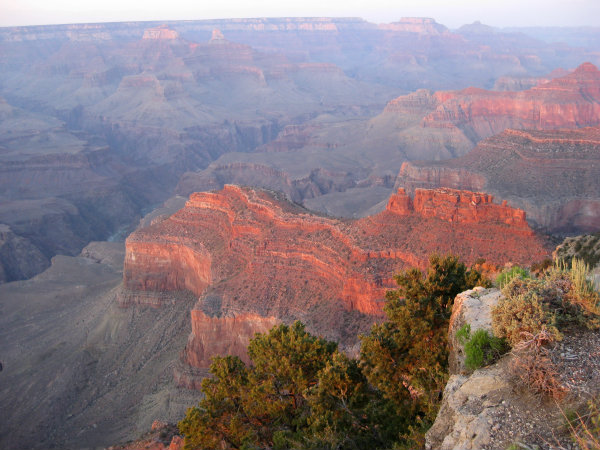 Okay, technically this is in Arizona but since it sits on the border of Utah, I’m going to include it. The Grand Canyon fits its name perfectly. It is a grand site to say the least. We made sure we stayed for both a sunset and a sunrise but I would have been happy spending the whole summer perched on one of the rocks overlooking the gigantic hole in the ground. It was one of those awe-moments that takes your breath away when you first set eyes upon it. A lone eagle glides overhead as the sun causes the red tones of the canyon to “change colors” throughout the day. My wife and I must have spent a total of 10-12 hours just looking at the landscape from all sorts of angles. We didn’t really want to leave but we knew we had more beauty ahead. 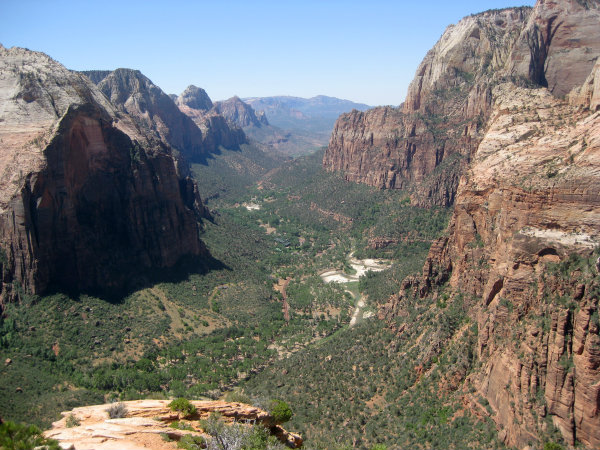 I’m so happy that I heard about Zion National Park because it would have been a real shame to miss such a jaw-dropping location. Actually, we were lucky to find a campsite when we arrived and our only saving grace was that we got there very early and took the place of someone who had just left. It was the peak of the summer after all. There are a plethora of hikes in the area and we decided to do two of the most famous and dramatic. The first was a hike to Angel’s landing, a treacherous climb that has lead to deaths in the past, probably due to the unbearable heat. It was tough but any hiker can do it. It’s certainly worth the effort too, with a reward of postcard-perfect views all around you. The next hike we did was in a place called the Narrows. What made us interested in this hike was that its all done in a river. Yup! The entire hike is in a river. It’s cold so it’s a good idea to start early because when you reach the end, you have to come back and if the sun is beginning to set I can imagine the goosebumps you’re going to get. Due to time, we didn’t make it right to the end but we did go very far and the experience was more than worth it. You’re smack dab in the middle of a narrow and very tall red canyon hiking through a river. What’s not to love? 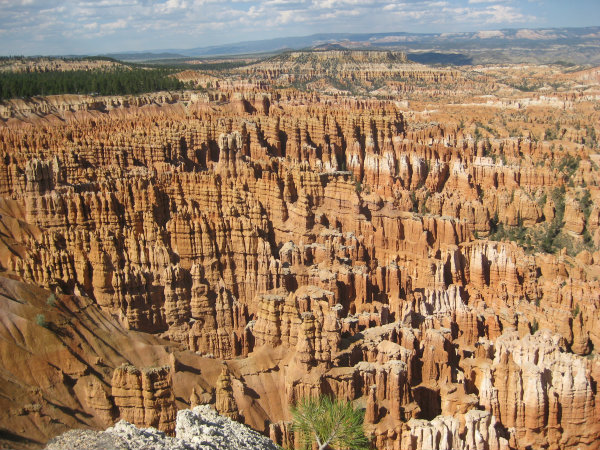 Not only is Bryce Canyon gorgeous but it’s also incredibly interesting and unique. Just look at the picture. This place is a photographers dream. I also encountered a rattlesnake on a hike but luckily he gave me a hiss (warning) and I backed off. He then slithered away. My wife was terrified but I LOVED the fact that I got to see a rattlesnake within two feet of my leg. We camped here for a night as well and got super lucky – it was astronomer night! There were telescopes everywhere and we got to see other galaxies, planets, the suns flares (during the day) and even the International Space Station as it went by. 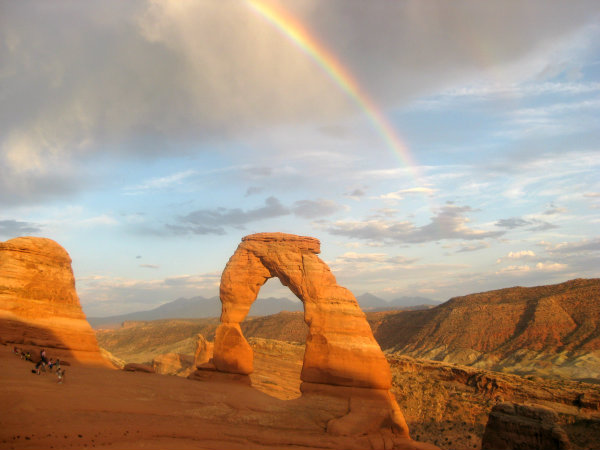 The famous arch. We almost skipped this park due to time and boy am I glad we didn’t. What a spectacular image. There is a reason why this park is one of the most photographed areas in the U.S.A and why the arch is on Utah’s licence plates. It’s remarkable. It’s beautiful. It’s huge. It’s unique. You can look through the ache and see the Rocky Mountains of Colorado. It’s seriously unbelievable. We hiked to the arch (2 hours), passing some people who were being carried out on stretchers (again, the heat maybe?) and ended up sitting down and watching a rainbow form around the arch. We spent hours just looking at this masterpiece of nature. Then a crazy storm came, which felt like a tornado. We couldn’t even stand up or we’d be blown down. Everyone took cover and people were getting scared. Eventually though, it died down enough for all of us to book it out of there. This is one place I hope to come back too. Look at that picture! Incredible!

Have you been to Utah or any incredible National Parks? Let us know in the comments below!